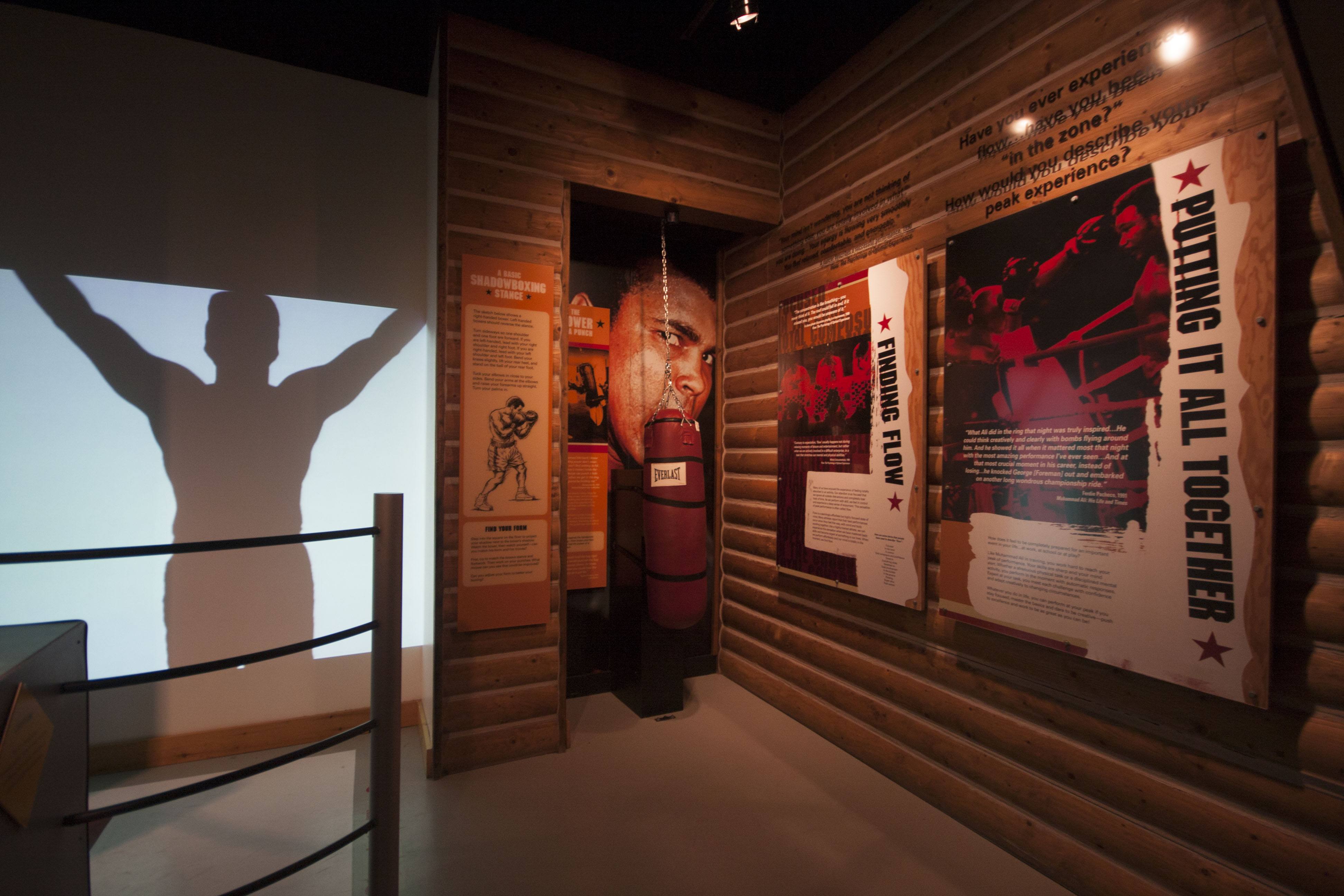 Video Solutions Inc. recently upgraded the AV control systems, displays, playback devices and servers in the Muhammad Ali Center, which offers three levels of exhibits and galleries dedicated to the life and legacy of the boxing legend, who died last June at age 74.  Mike Little, president of QA: Video Solutions, used equipment from Alcorn McBride for the upgrade.

Located in the heart of historic downtown Louisville, Kentucky, the Muhammad Ali Center features three levels of award-winning exhibits, and galleries. The Center shares Muhammad Ali’s legendary life and legacy, and invites visitors to reflect upon their own values, inner strength, character and what makes them great.  Visitors journey through the Center’s interactive and multimedia exhibits to discover the six core principles that Muhammad Ali embraced throughout his life and will be forever tied to his legacy: Confidence, Conviction, Dedication, Giving, Respect and Spirituality.

“Most of the exhibits built 10 years ago are AV-based, and equipment had begun to age.  Some systems were experiencing reliability problems over time and others were obsolete platforms,” says Mike Little, President of Video Solutions Inc.  “We performed a large upgrade of the Center’s hardware and software while the museum remained open to visitors.”

“It’s important for the Center to stay up to date and innovative to keep visitors coming and to maximize and personalize their experience at the Center,” says Jeanie Kahnke, Senior Director of Public Relations and External Affairs at the Muhammad Ali Center.  “In 2016 we had about 100,000 visitors, 25,000 of them came during the week after Muhammad Ali’s passing.”

Visitors are introduced to the Center’s exhibits in the If You Can Dream Orientation Theater.  An inspirational 14-minute film, If You Can Dream, is displayed on five screens in the immersive environment.  It provides an overview of Muhammad Ali’s iconic life and introduces to visitors his six core principles, which are organized in six individual pavilions.

Visitors get to track Muhammad Ali’s success in the ring with the film, “The Greatest,” which is projected onto the floor of a boxing ring and viewed from a mezzanine level.  Ali All the Time offers visitors the opportunity to view on demand, 15 of his most famous fight. The exhibit incorporates pre- and post-fight material and original broadcast commentary.

In the interactive “Train with Ali” exhibit, a recreation of Muhammad Ali’s Deer Lake, Pennsylvania training camp, visitors can shadow box with The Champ, practice their rhythm on the speed bag, feel the power of an Ali punch on the heavy bag and learn winning techniques from Muhammad Ali’s daughter, Laila Ali.

Finally, the Lighting the Way Theater relives the extraordinary moment when Muhammad Ali lit the Olympic torch in Atlanta in 1996.

The Center also includes two art galleries.  The Howard L. Bingham Gallery is a key space for special art exhibitions, and the LeRoy Neiman Gallery is a changing exhibit space that features works selected by the late artist and his curator depicting Ali’s bouts and portraiture.

A/V Binloop HD players are used in the If You Can Dream Orientation Theater, Lighting the Way Theater and for The Greatest film, all of which require synchronous playback of content on multiple screens.

Digital Video Machines are deployed for the six stations featuring Ali All the Time content on demand.  They are also used in the shadow boxing and Laili Ali portions of Train With Ali and to show a film about photographer Howard L. Bingham in the gallery named for him.

In addition, “virtually all the digital exhibit stations in the Core Pavilions that were server based are now Alcorn McBride based with either DVM8500 HD player or A/V Binloop HDs,” says Little.