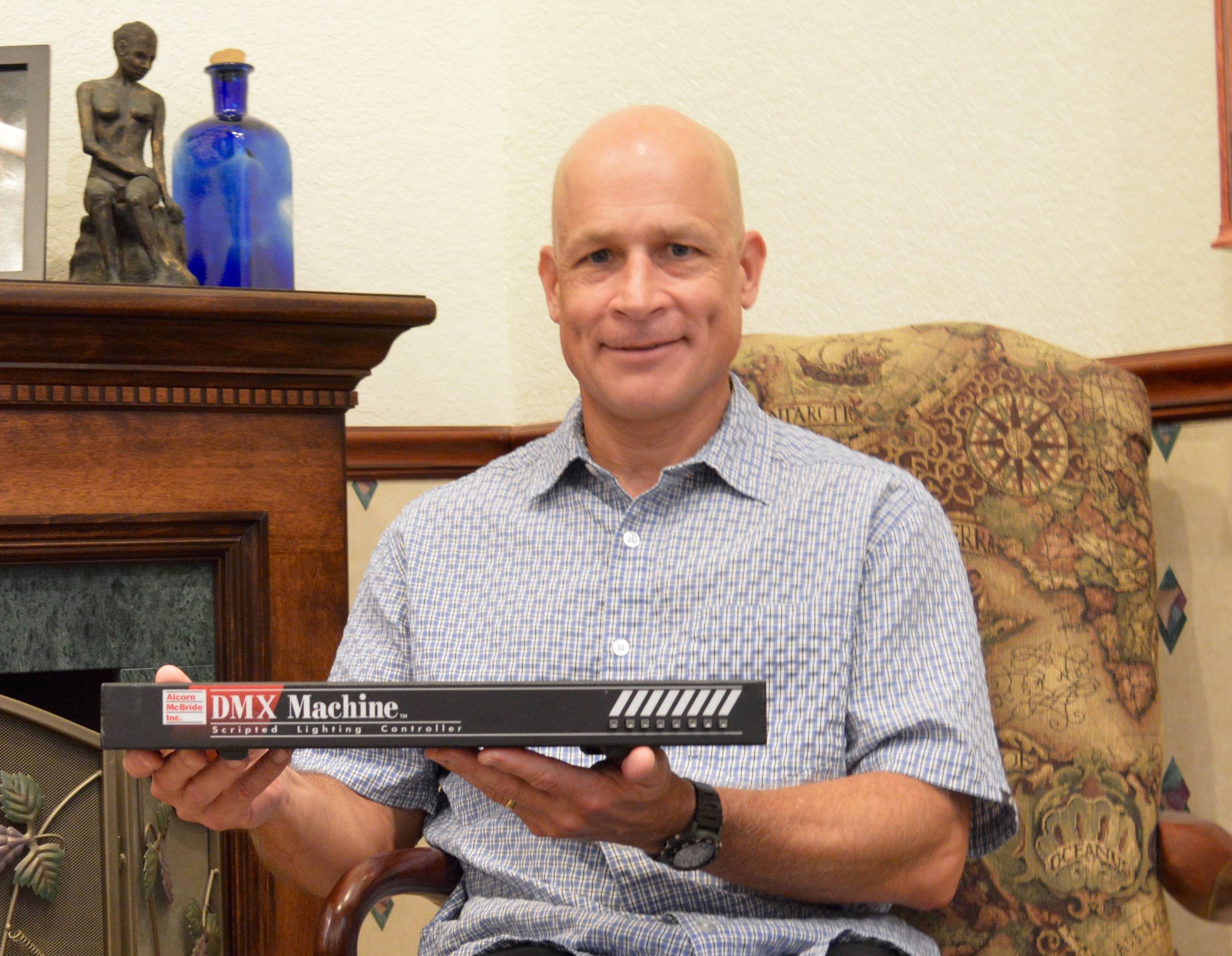 In an era when electronics have come to be regarded as expendable commodities that are replaced annually whenever the next version comes out, at Alcorn McBride we do things a bit differently. Our products are designed to last a really long time — as evidenced by our unprecedented five year warranty. But we often support them far beyond that time frame. It’s not unusual for us to see products that have been in service for more than twenty years. And our customers tend to become attached to them. So we’re always happy to upgrade them as long as we can.

Recently our support department received a unit that has been in use for more than twenty years — so long, in fact, that some of our staff had never seen that version of the front panel (and some of our team members were in diapers when it was released!). It was a V16/DMX, the predecessor to our DMX Machine lighting controller. The unit was returned to us because although it still worked, it rattled. It turned out a screw holding down the circuit had fallen out. After replacing the screw, our engineer noted that the unit’s programmable devices were rated to store their programming for twenty years. He checked the manual, discovered they could be updated for another twenty years, and just to be on the safe side reprogrammed them with the newest code. That should get the box to 2034. Stay tuned to find out if we can still support it once everyone is driving flying cars.
About the author